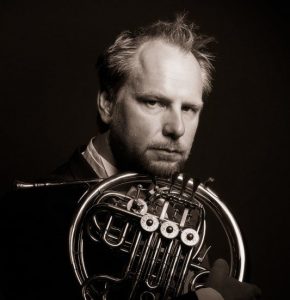 Boštjan LIPOVŠEK comes from a musical family with a long tradition of horn players. His first mentors were his father and brother, followed by Prof. Jože Falout at the Music Academy in Ljubljana. Boštjan Lipovšek studied with Prof. Falout in his graduate and post-graduate studies. Later he went to the Salzburg Mozarteum for advanced studies with Radovan Vlatković. During his study in Ljubljana he received the Student Prešeren Award for his interpretation of Strauss Concerto No. 1 for horn and orchestra with the RTV Slovenia Symphony Orchestra.