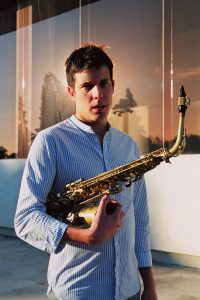 Gordan Tudor is one of his generation’s leading musicians, active as a soloist, chamber musi-cian, composer and a pedagogue who performed all around Europe and North America.

In 2015 Gordan published his first al-bum with new Croatian music for Saxophone, released by CANTUS and won 3 Porin Awards including one for “best interpretation in classical music”. From 2009 until 2017 he was an artistic director of the New Music Days Festival in Split which annually hosts eminent musicians from all over the world.

Gordan is a Selmer Paris and D’Addario artist.